For more information on Bodegas Iranzo

Since 1994, Bodegas Iranzo has exclusively produced Spanish organic wines, making it one of the oldest-established vineyards in Spain to apply this European organic regulation. Located in the Utiel-Requena DO region near Valencia, Bodegas Iranzo produces the Oldest Estate Bottled Wines in Spain, with the first recorded written evidence of the vineyard estate Cañada Honda, owned by the Iranzo Perez–Duque family dating back to 1335 as granted by King Pedro I of Castilla.

For the Iranzo Perez–Duque family, the practice of organic farming reflects a wider view of the management of natural resources which has led it, since the 1950s, to reforest over 30 hectares with native woodland species. The family has also promoted the establishment of concepts such as a Flora Micro-Reserve and a Biological Station prohibiting hunting, which have made the Cañada Honda estate the largest environmentally protected area in the Valencian Community.

The present vineyard was designed and laid out in 1983 with a view to achieving two distinct but complementary objectives: the production of Spanish organic wines of the finest quality; and total respect for the environment. The volume of organic wine produced takes second place to both of these objectives.

The vine cultivation system used encourages the creation of a micro-climate at the level of the plant’s organs, with optimum temperature, insulation and humidity constants for producing organic grapes that ripen perfectly — a fundamental factor in obtaining quality fruit with the minimum of human intervention.

The vineyard is fertilized using sheep’s manure from extensively farmed flocks in the local district. No special action needs to be taken against animal parasites, as the vines have not suffered significant attacks thanks to their balanced development and the conservation of the fauna which are not harmed by their cultivation practices that prey on such pests.

The buildings housing the winery and cellars were built between 1916 and 1929. They have been declared Cultural Heritage sites by the Valencian Government. Sensitive restoration and redevelopment of the buildings began in 1997, incorporating the latest winemaking technology without altering the original architectural lines.

The organic wines are elaborated by winemakers Francisco Gabaldón–Professor of Enology at Spain’s oldest School of Enology and rising star winemaker Raul Herrero.

Bodegas Iranzo grows and produces Spanish wines made with 100% organic grapes with several of Spain’s most famous indigenous varietals including Bobal, Tempranillo and Spanish Cabernet. The winery also produces No Sulfites Added Organic Spartico Spanish Red Blend, with a 50/50 blend of Tempranillo and Cabernet. All wines are vegan-friendly, using no animal byproducts in production. The wines are also Non-GMO Project Verified.

“Wine is the Hearth of Utiel-Requena” – get to know the unique Spain’s wine region! 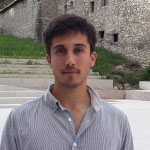 For more information on Bodegas Iranzo