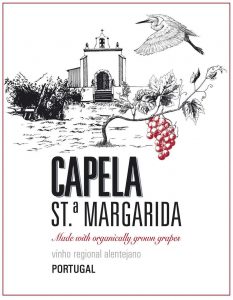 We are delighted to introduce our new Organic Portuguese wine from Quinta da Plansel, Capela Santa Margarida. This delicious red blend wine made with 100% organic grapes includes varieties Aragonez, Trincadeira, and Alicante Bouschet. The wine is produced in Montemor-o-Novo, Portugal, in the Vi 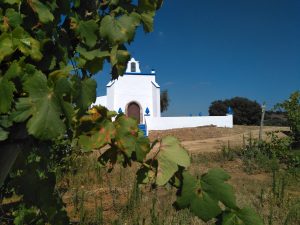 nho Regional Alentejano.The climate is hot and dry, perfect for these varieties that produce a unique red blend wine that truly reflects both Portugal’s history and culture. Because of the 15th-century chapel, Capela Santa Margarida vineyards are situated on historical land, and look idyllic with the river nearby. These are the first officially certified vineyard facilities in the country.

After completing her degree in oenology at Geisenheim University in 1997, Dorina Lindemann moved with her husband, Thomas, to Portugal to join her father and winemaker, Hans Jörg Böhm. She used the existing vineyards from the grapevine breeding operations established by her father to produce her own wines and systematically extended the vineyards as part of a targeted expansion program involving the production of propagation material. Decades’ worth of experience were quickly passed from father to daughter.

Today, Dorina and her two daughters, Luísa and Julia, enthusiastically advocate Portuguese wines vinified from the grapes of autochthonous varieties, especially those from the Alentejano VR region. Combining oenological knowledge and expertise with the study of biodiversity in regional varieties is of particular interest. Site-specific adaptation of grapevine varieties to the terroir of Quinta da Plansel, often referred to as “precision viticulture,” is an integral part of the estate’s success story

Wines from Portugal on the Rise

“Roughly the same size as Maine, Portugal may be diminutive compared to its European neighbors, but its diverse pool of native grapes is capturing the attention of wine enthusiasts around the world. Portugal already ranks ninth for U.S. wine imports, according to the American Association of Wine Economists, a nonprofit research organization in New York City, and the numbers are growing steadily year over year. From 2000 to 2017, U.S. imports of Portuguese wines rose from 5.2 million liters to 16.2 million liters, according to ViniPortugal, the country’s wine trade organization.”

From Vino Volo’s 10 Wine Trends to Watch in 2019:
“Consumption of Portuguese wine will lead the charge in terms of global growth. When it comes to quality and value, no matter how varied this world is from a cultural standpoint, we all seem to hone in on the best bang for our buck. Leading that category is, perhaps surprisingly, Portuguese wines, which have experienced a more than 20% increase in reviews and a 40% increase year-over-year in scans for both red and white wines. So, find a great recipe for bacalhau, and get up to speed on the wines from Portugal as this trend is only going to continue on the up and up.”

According to Punch, wines from Portugal are very much on-trend in 2019:

“The New Portugal finds its audience. For years the seeds of change have been in Portuguese wine, but it has been hard to get people to pay attention. (Like, one Old World country too many?) The change is undeniable; not just in the Douro Valley but throughout the country, wines are being made with the nuance and crystalline flavors that have also defined revolutionary change in California, France, Spain, Australia and beyond. In 2019, people will finally notice.”

Portugal is also on the list for unique regions that consumers will seek out, according to the Beverage Trade Network:

“Wine drinkers are showing more and more interest in exploring lesser-known varietals. Diversity and competition are opening the doors to otherwise unknown regions, and Greek, Austrian, Slovenian, Slovak and Portuguese wines will be some of the satisfiers for our ‘desire for something new.’“ 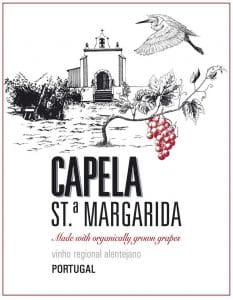