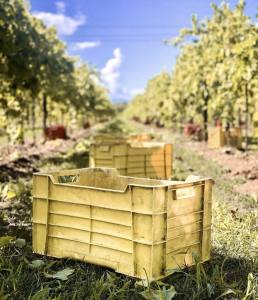 Our winery partner in Veneto, Cantina Pizzolato has been busy over the last two months with the Italian Organic wine harvest of their white varieties. 2020 looks to be another stellar year for Pinot Grigio, their famed Prosecco and more! Enjoy the first harvest report of the 2020 season and stay tuned for more to come!

Expectations for a good 2020 vintage were high, and they have been fully met: the harvest season has officially kicked off and we would like to share with you some initial results!

In May, we thought that the harvesting season would start a bit earlier than normal. However, weather conditions became stable and we observed that compared to last year this year’s grape picking season is taking place in the same period.

We officially kicked off harvesting on the 18th August with Johanniter resistant variety (PIWI) followed by the organic Pinot grigio, Chardonnay and Manzoni grapes through to the first days of September. The berries looked perfectly golden, with beautiful acidity and a potential alcohol content within the norm. The white grapes, as they are more delicate than the reds, suffered a bit from this summer’s unusual heavy rains which slowed down berry ripening. 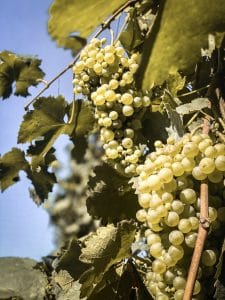 Toward the end of August we started to pick the Glera grapes for the production of Prosecco, aka the most famous sparkler in the word. In the plains of the Prosecco DOC controlled appellation, harvesting started on the 31st August whereas on the Conegliano-Valdobbiadene hills – recently declared a UNESCO world heritage site – we started to pick the grapes in mid-September. Its golden clusters, with optimal acidity levels, have kept Prosecco’s distinctive characters of white flowers (acacia and wisteria) and fruits (apple and pear).

We would also like to draw your attention to the great care that our No Sulfite Added Prosecco DOC receives: the grapes are meticulously selected and hand-picked. Thanks to this accurate quality assessment and selection of the grapes, that looked rather healthy this year too, we are confident about the excellent quality of the base wine obtained. To preserve the quality of the refrigerated must, we will activate only one fermentation in order to craft for our consumers a zero added sulfite sparkling wine.

It is no surprise that great anticipation and rumors had been building around the approval of the pink expression of Prosecco sparkling wine. Prosecco Rosé became the trendy topic among wine lovers and winemakers and generated the same hype and buzz of a new Hollywood star.

This important news for the wine industry has filled our hearts with excitement during this year’s harvesting. Article 2 of the Gazzetta Ufficiale della Repubblica Italiana (Italy’s Official Journal) states that the Prosecco Rosé must be still be produced from a majority of white Glera grapes (min 85%), but will also include 10 to 15 percent skin fermented Pinot Nero (Pinot Noir) grapes.

Our estate-grown Pinot Noir grapes showed good acidity levels and retained Pinot Noir violet and red berry distinctive flavors. Based on our projections, we will produce a Brut Prosecco Rosé and we are really looking forward to embarking on this new adventure! 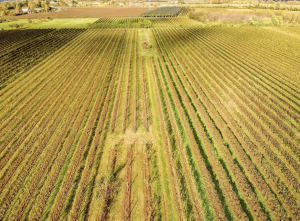 The harvest continues among the rows of Pinot Grigio; here in the land of the Piave where the mild climate and the soil rich in skeleton are ideal conditions to fully express his personality.

Since 2017 we have been experimenting with disease resistant varieties, but it’s during this year’s Italian Organic wine harvest in particular that results have proved to be significant. For two years we have carried out testing, research, and microvinification activities and we are now making the most of the results achieved in the previous vintages.

Fungus resistant grape varieties (broadly known as PIWI) are specially bred varieties obtained by crossing European grape varieties and American resistant varietals. These resistants only need between 2-4 copper and sulfur applications per year which makes it an ideal solution particularly when plantings are located near schools or dwellings. This is our 4th consecutive harvest of PIWI grapes.

The 2020 vintage started for us on the 18th August with the white resistant varieties first, specifically Johanniter, followed by Bronner in September. On average both varieties yielded juicy medium sized clusters.

The grapes were hand picked to subsequently undergo the same winemaking process as last year. The crushed-destemmed grapes were softly pressed in a closed tank press. The juice was then cooled and settled prior to fermentation.

The Johanniter grapes will be used for the production of “Ho’opa”, a semi-sparkling unfiltered wine which undergoes a second fermentation in the bottle. Coming soon to the U.S. market!